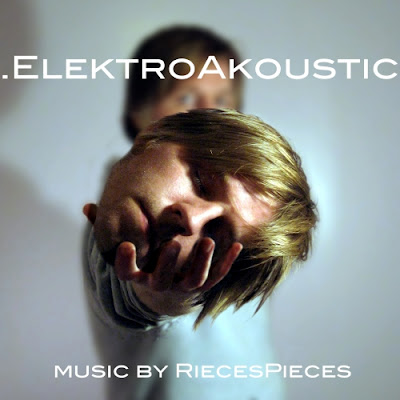 "ELEKTROAKOUSTIC" begins with the screaming leads of 'ScrapeStep' anthem 'holLiwUd.' "Im up in Hollywood, se-se-se-selling my soul" is the catchy hook sung by vocalist blinn over an airy evolving analog electrobeat that morphs into a climax of sound. On "Dont Fall for Me", Cityy Towers is brutally honest when he referring to past relationship: "Oh you was f**kin him, no wonder you didnt pick up, I hope he keep his **** up...stupid as ever the words I used to get cha, you hold em close to your heart, I just threw them together."

Despite its dark tone, the album features lighter records such as the playful acoustic guitar driven pop ballad "U" & a sugar pop dance remix of Little Boot's "Earthquake" which is heavy influences from the island drums of Major Lazer as well as La Roux & Ellie Goulding inspired synths.

My name is Rieces Pieces & I am a Jamaican Music Producer now living in Clearwater, Florida. About 2 years, I produced a remix for Interscope Artist MIA’s ///Y/ The Remixes Album which featured Jay Z. The next 6 months were a whirlwind as I had the opportunity to work with a lot of great songwriters and submit what I considered to be unique tracks to a lot of commercial albums including Cee Lo’s ‘The Lady Killer’, Kimberly Caldwell’s ‘Without Regret’, VV Brown & others. I spent the months that followed in the studio working on copycat style songs that sounded like the top 40 records of that year and It grew old, fast.
At the end of 2011, I packed up & moved from LA to Clearwater, FL to record this EP with the intentions of producing a cohesive project as eclectic as my personal musical taste. In the 8 months I spent working on this EP, I produced in total 30 songs & remixes. I worked with independent artists from Europe & as well as the US who were artists I considered to be hidden gems of their genre.
Next, I spent a month listening to all of the songs & trimming the track-list down to the best 8 most unique songs and another 2 weeks on the order of the songs. Finally, I picked the title of “ELEKTROAKOUSTIC”, which was an ode to my biggest musical influences, Pierre Schaffer, John Cage & other forefathers of early recorded Electronic Music. It is my intentions to blend both worlds by using influences from the esoteric in a commercial way. StandOut tracks include: ‘blinn – holliwud’, ‘Prophit – Falls (Spoken Word by Motown Pride)’ & ‘Cityy Towers – Dont Fall for Me’
ElektroAkoustic starts off with an EDM subgenre Scrapestep song then an Indie Rock remix of Metric’s Artificial Nocture then a chilled out flip of James Blake’s The Wilhelm Scream that forays into a dancey almost island sounding 3/4 time remix of Little Boots and eventually ends with a Sample of Regina Spektors Hero Spoken Word monologue.
ELEKTROAKOUSTIC is intended to understated, unique & unexpected.