Florida based Progressive Americana band GREYE have released their new album The Worrier via Lakehouse Records.

What happens when you combine traditional acoustic folk instruments and add guitar influences from the likes of John Butler, Brian May, or Greg Lake?

But wait there's more, now add bass lines inspired by Alex Lifeson and yes even video games, back beats reminiscent of Steely Dan, Traffic, Motown or even YES -all of which create the pallet for the really interesting part...the lyrics!

The result is a very eclectic, rhythmic, groovy, refreshing approach to modern music...they call themselves GREYE and they call their music Progressive Americana! After all, the world is not just black and white but many, many shades of GREYE!

The band is currently on tour supporting their new release. You can find more information as well as upcoming shows on the band's website: GREYEmusic.com. 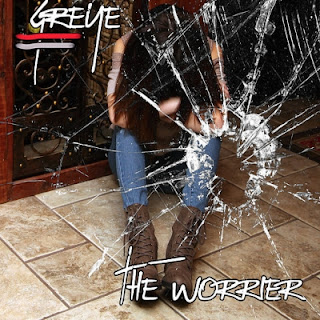 IndieBandGuru.com says about the lead single "The Worrier", "Right from the first note the dark funk grabs the listener’s attention. Enter Hannah’s sultry vocals and you are now fully involved. They build into all out power as she hits the chorus hard. The band is tight as GREYE takes you on a journey through the song. That same bassline weaves its way into your head and will be there long after the song comes to a close."

GREYE formed in the spring of 2013, the chance meeting of all its members happened almost by accident. Hannah, Jett, and Josh originally formed an acoustic trio called “Locals Only" in order to enter the 2013 Sea breeze High School Battle of the Bands. They played only one song called GREY. The band finished in the runner up position. All three were very pleased with their performance. However, there was one variable they were unaware of when they went home that Thursday evening.

In the audience that night was a teacher who also was a musician/studio engineer and studio owner who saw magic in the three musicians on that auditorium stage. The next day he approached the bass player Josh and asked if he would be interested in coming by the studio with his two friends and jamming with a drummer. The next week all four met at Ray’s studio beginning the process to see if the magic could include an additional player... and one that was definitely not a contemporary.

Initially, Ray's approach was to develop a sound then replace the drummer (himself) and he would just assume the role of producer and engineer. However, much to his surprise the band insisted that he stay on as both the producer and the drummer. The combination of different influences and varied years of experience has absolutely exceeded the vision Ray envisioned on that high school stage.

For the last 30 months these four members embarked on a very rigorous and disciplined approach to both putting a band together and writing and recording their own music. Rehearsing as much as 20 hours a week has become the norm for this band. In November 2014, GREYE added an additional member to its lineup; Ken-E Williams. Ken-E a veteran successful musician in his own right, adds additional keyboard magic and brings the already unique GREYE sound to an even higher level.

In 2014, the band released their critically acclaimed 14 song first album "Providence." Songs from "Providence" found themselves in heavy rotation in multiple radio stations across the globe and resulted in a BMI invitation to play the 2015 Key West Songwriters Festival; the top songwriters festival in the world. In 2015, GREYE released their second album "The Tube”.

Like Providence, "The Tube" is a very musical collection of 14 songs. Each song paints a different story and allows the listener to become part of the journey. The harmony between the acoustic guitars, piano. and acoustic drums create a solid and musical groove that support each individual song's lyrics.


So, do yourself a favor and catch GREYE live or at least visit their website at GREYEMUSIC.com – we guarantee that you will find either experience very musically refreshing.