Raquel Sofia Back Home at University of Miami

When I started publishing the Florida Music Letter in this electronic form, I previously launched a music blog called Weekly Music Commentary two years earlier. The two publications were different because Florida Music Letter featured music makers from the state of Florida. It also was not limited to popular artists, as I have featured music studios, colleges, events and venues. Nevertheless, I always knew the day would come when I featured an artist in both publications. In fact, I was looking forward to the time and opportunity for the occasion. However, I did not think it would take place in the same month. I have accomplished what I thought would happen three years into publishing Florida Music Letter. After interviews and events featuring so many fine Florida musicians, the first has found her place in both publications. Raquel Sofia, the rising Latin singer/songwriter is the featured Florida musician this month. Last week Raquel appeared in concert at the Festival Miami 2015. The performance was held at the Gusman Concert Hall on the campus of her alma mater University of Miami. I’m sure you will enjoy her story.

Raquel Sofía graduated from the University of Miami with a bachelors degree in studio music and jazz. Originally from Mayaüez, Puerto Rico, she plays guitar and sings in Spanish, English and Portuguese.

Singer/songwriter Raquel Sofía is a Spotify “2015 Artist To Watch,” grossing over 3.6 million streams on Spotify in just 6 months, and over 9 million streams to date.  Winner of the Rudy Perez Songwriting Award, her first single “Agridulce” was named one of Beats Music’s “Best of 2014 Pop” songs. 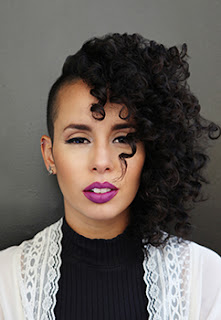 A digital phenomenon, Raquel Sofía’s first EP, Te Odio Los Sábados, has already received over 7.6 million streams on Spotify. Her “Tiny Desk Concert” on NPR has more than 72,000 views.  She is the first Latin artist on “Vevo DSCVR,” with over 100,000 views.

Raquel Sofía’s big break came singing backup for Juanes on MTV Unplugged. She then toured as opener and backup singer with Juanes, appearing at the Latin Billboards Music Awards, Billboard Music Awards, and Latin Grammys.  She sang backup for Shakira at the 2014 American Music Awards, Tonight Show, and The Voice (UK).

Raquel Sofía recorded vocals for the Grammy winning track “Ula Ula” by Illya Kuryaki & The Valderramas, featured in Target’s “Summer Up” campaign, and she wrote and performed on HBO’s 2015 Game Of Thrones Mix Tape.

Festival Miami—Florida’s Premier Live Music Festival—provides world-class musical programming in diverse styles to all of South Florida, as it continues its cultural and community legacy. The University of Miami Frost School of Music hosts Festival Miami on its picturesque Coral Gables campus in comfortable and intimate venues including the newly renovated Maurice Gusman Concert Hall and the Weeks Center for Recording and Performance. Festival sponsors enjoy high-impact visibility and advertising throughout the festival including stage banners, printed program books, brochure mailers and throughout our extensive media campaign.

Festival Miami presents 25 to 30 concerts each October and November featuring Grammy Award winning and internationally acclaimed musical guest artists, master faculty artists, and award-winning student ensembles. Several events are offered free of admission each season and educational components such as master classes, open rehearsals, and hosted conversations with artists are also presented. Residents and visitors to South Florida are invited to partake in all that Festival Miami has to offer - from world premieres and symphonic concerts, to chamber music presentations and jazz performances, and much more.