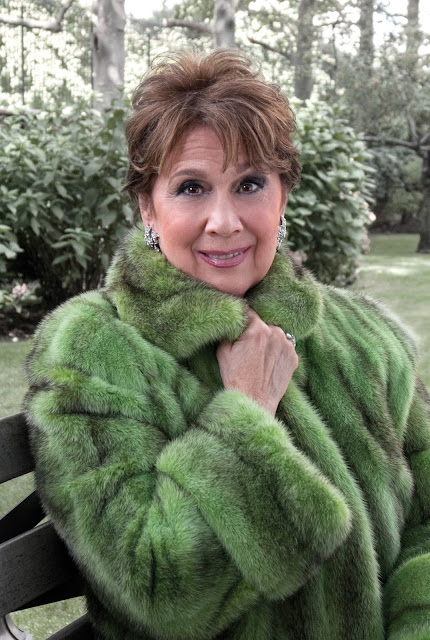 Florida Grand Opera (FGO) is proud to announce the addition of new artistic leadership to the company’s nationally-recognized Young Artist Program. Beginning with the 2017-2018 season, beloved singing actress and educator Diana Soviero and acclaimed opera director Bernard Uzan will become the artistic directors of FGO’s Young Artist Program. Duties for these roles will include auditioning candidates, choosing repertoire, assigning mainstage roles and covers, and providing guidance and support for the Young Artists in their artistic growth. This addition to the FGO family will position the Young Artist Program to continue its legacy of contributing top-level talent to the next generation of opera, and will grow the program’s curriculum with a wealth of knowledge to keep it innovative and competitive.

“Bernard and Diana are not only two of the most well-respected and talented people in our industry, they are also great friends and supporters of FGO.” states Susan T. Danis, General Director and CEO of Florida Grand Opera. “Their presence will be of paramount importance to our current and future Young Artists and will elevate the prestige of our program both nationally and internationally.”

Opera Magazine proclaimed Ms. Soviero as “one of the world’s great singing actresses,” as she mastered the vocal and acting skills required to make roles come alive on the operatic stage. She is particularly renowned for her interpretations of Puccini’s heroines, including Cio-Cio-San in Madama Butterfly, Mimì and Musetta in La bohème, Liù in Turandot, Lauretta in Gianni Schicchi, and the title roles in Tosca, Manon Lescaut, and Suor Angelica. She is also esteemed for her work in the French repertoire, having sung such roles as Marguerite in Faust, Juliette in Roméo et Juliette and the title role in Manon. Other critically acclaimed leading roles include Violetta in La traviata, Nedda in Pagliacci, Margherita in Mefistofele, and Maddalena in Andrea Chénier. Her poignant death scenes remain indelibly imprinted in the memory of all who saw her roles in productions such as Giordano’s Fedora, Suor Angelica, and Adriana Lecouvreur. Her final stage appearance was as Mrs. Desrochers in Heggie’s Dead Man Walking at Baltimore Opera.

For more than a decade, Ms. Soviero has dedicated herself to teaching singers with the same passion that characterized her singing and acting career. She currently serves on the faculty of the Mannes School of Music, and teaches many of The Metropolitan Opera’s Lindemann Young Artists, giving both private lessons in her Manhattan studio and master classes across the country. She frequently conducts master classes with prestigious companies and festivals such as the Glimmerglass Festival, Florida Grand Opera, Opéra de Montréal, Opera Philadelphia, Palm Beach Opera, Michigan Opera Theatre, and Opera Tampa; institutes and conservatories such as the Academy of Vocal Arts, the Mannes School of Music, El Conservatorio de Música de Puerto Rico, VOICExperience with Sherrill Milnes, The Israeli Institute, and universities throughout the United States, including the University of Hawaii (in conjunction with Hawaii Opera Theatre), the University of Wisconsin, Université de Montréal, Lawrence University, and the University of Missouri-Kansas City.

In June of 2011, she was awarded the V.E.R.A. (Voice Education Research Award) from The Voice Foundation, was hailed as a Master Teacher, and is now an official member of their board of directors. In September 2012, she received a Lifetime Achievement Award from the Giulio Gari Foundation, and was also named an official voice instructor for the Domingo Cafritz Young Artist Program at Washington National Opera. In May 2014, Diana was also honored with a Lifetime Achievement Award by the Gerda Lissner Foundation. 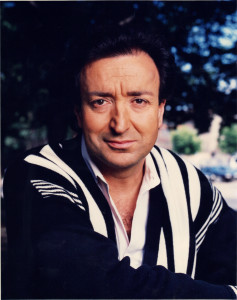 Bernard Uzan has dedicated his life to the development of the performing arts industry for the past 50 years. His extensive background in the Performing Arts includes great achievement as a General Director, Artistic Director, Stage Director, Artist Manager, Set Designer, Librettist, Educator, Actor, and published novelist and Internet journalist. Last year, Mr. Uzan received a Lifetime Achievement Award from the Giulio Gari Foundation.

In 1982, he directed his first operas with Opera Saratoga (Pagliacci), Opera Philadelphia (La rondine), and Michigan Opera Theatre (La traviata and Faust). In 1984, he directed Carmen for the Tulsa Opera, returning the following year for Faust with Neil Shicoff, Samuel Ramey, and Diana Soviero. He was subsequently appointed General Director. In 1986, he directed a new production of Roméo et Juliette for Opéra de Montréal.

Two years later, he was appointed General and Artistic Director of Opéra de Montréal, and remained from 1988 to 2002. He brought the company great financial success and international artistic renown. He supplemented the standard operatic canon by programming lesser- known and contemporary pieces, and world premieres such as Thérèse Raquin by Tobias Picker and Nelligan by André Gagnon.

As a stage director and producer, his 415 productions have won numerous awards and appeared on the stages of more than 100 opera companies throughout the world in such cities as Buenos Aires, Caracas, Catania, Dallas, Denver, Detroit, Mexico City, Miami, Monte Carlo, Palermo, Philadelphia, San Francisco, Santiago, Seattle, Zurich, Toronto, Vancouver, and Erfurt, where his recent production of Carmen was voted Best Production of the Year. He is also a co-designer of more than 50 opera productions.

Committed to nurturing the artists of tomorrow, Mr. Uzan continues teaching courses, classes, and workshops as an integral part of his busy schedule. He has served on the faculties of Wellesley College, Middlebury College, Sarah Lawrence University, and Mount Holyoke College, in addition to directing young artist programs. He is also the co-founder and director of Uzan International Artists, a leader in international artist management, with a diverse roster including classical singers for opera and concert, actors for stage and screen, directors, designers, and conductors.

Mr. Uzan recently added the title of librettist to his ever -growing and impressive history with opera and the arts. Based upon the original play Cyrano de Bergerac by Edmond Rostand, Uzan wrote the libretto for Cyrano, with a score composed by David DiChiera, which premièred in the fall of 2007 at Michigan Opera Theatre to great acclaim, and had subsequent performances at Opera Philadelphia and Florida Grand Opera. The production is scheduled to be revived in multiple cities in the next two seasons.

In 2008, his novel The Shattered Sky was published both in French and English by Enigma Books, and became Mr. Uzan’s first English- language published work. His blog, The Wooden Sword, has an avid fan base, and will soon be collated to create his second published novel.
Email ThisBlogThis!Share to TwitterShare to FacebookShare to Pinterest
Newer Posts Older Posts Home
Subscribe to: Posts (Atom)