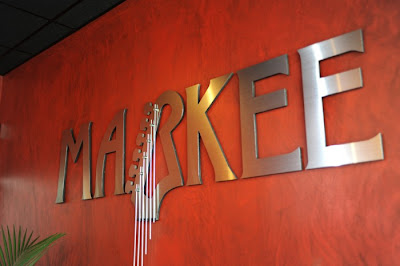 Serial entrepreneur Mark Begelman is at it again in Deerfield Beach, Florida with his newest business, Markee Music. Mark Begelman, the 2-time winner of Ernest and Young's "Entrepreneur of the Year" award, former Financial News CEO of the Year and Board member of the Rock and Roll Hall of Fame, is going back into the music business with partner, Keith Ridenour.

Begelman, founder of Mars Music, sees an opportunity to create something for the music community that simple doesn't exist in today's market. Mark and partner Keith Ridenour have formed Markee Rehearsal and Recording studios. Keith was the founder of Ridenour Rehearsal, which, in its day, was the only recording and rehearsal studio in Ft. Lauderdale that catered to the serious hobbyist. Having sold "Ridenours", Keith embarked on a successful song writing career, having published and produced over 50 songs. "Though I love songwriting, the opportunity to team with Mark and create a rehearsal, recording and music lesson studio, was too much to pass up," said Ridenour.

Mark Begelman, no stranger to the music business, having created Mars Music and having built that to 54 stores and $350 million in annual revenue, understood the potential to put forth a facility, unlike anything the serious music community has seen.

With the help of a few "friends", specifically, David Frangioni, recipient of dozens of gold and platinum albums, Chief Technologist and Engineer for Aerosmith, Ozzie and Chic Corea, to name some, Mark and Keith created the state-of-the-art facility for rehearsal, recording and lessons. 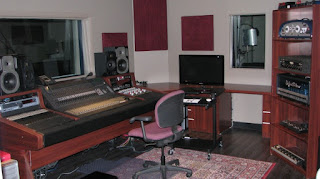 Markee has 6 fully equipped rehearsal studios, an 800 sq' tracking/live room, a control room, and 4 music lesson rooms. Each room has been built to STC ratings so musicians can practice and record in the most "sound correct" facility in South Florida.

Begelman's familiarity with the serious musician hobbyist is credible. Mars Music was the largest provider of music lessons in the world, having given over 1 million lessons.

"I always loved the lesson side of the business," says Begelman. "We'll have experienced teachers who get students making music quickly."

Though Markee will be able to record the likes of some of Keith's former customers, Ricky Martin, Foreigner, and Cheap Trick, the targeted customer is the weekend warrior. Bands such as "Monkey at a Typewriter" (Mark's band) needs a facility that's well equipped, clean and "happening". "I have my day job and I know I'll never get rich playing music, but we play every week, the band is very serious about it, and we want to make as good music as we're capable of."

"Every musician that walks through the doors of Markee will be treated as just that...a musician. When it comes to music, there are no barriers, we're all musicians, whether it's the first-time player or the pro," says Ridenour.