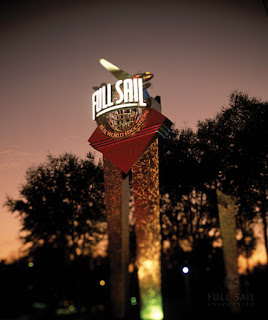 Current Title: Mix Engineer
Industry Credits Include: Multi platinum Mix Engineer who has mixed songs for artists including: Madonna, Michael Jackson, Usher, and will.i.am.
His work on the Black Eyed Peas' The E.N.D. earned him a GRAMMY award in 2010 for Best Pop Vocal Album, as well as nominations for Record of the Year, Album of the Year, and Best Dance Recording. He has also been nominated for multiple GRAMMY awards with the group in 2004 on their Elephunk album.
In August 2012, he engineered will.i.am’s previously unreleased track Reach for the Stars, which was broadcast to Earth from Mars via the Curiosity rover.
1997 Graduate (Recording Arts)

Current Title: Lighting Designer, Director and Programmer
Industry Credits Include: Lighting Designer, Director and Programmer for 23 years working around the globe on tour with major artists including: Ringo Starr and his All Starr Band, Louise Mandrell, Hank Williams Jr., John Berry and many more.
Worked on numerous televised specials including the Stellar Awards, the Dove Awards, the Trumpet Awards, and the Freddy Awards; as well as special events for the Walt Disney Company, Dollywood, SeaWorld, and Nickelodeon.
1989 Graduate (Recording Arts)

Current Title: Lighting Technical Director
Industry Credits Include: Began in animation as a 3D Modeler / Texture Artist at Big Idea Productions working on the popular animated show Veggie Tales. Expanding his career, he shifted into the role of CG Generalist and then later the Lighting Director at Fathom Studios for the animated feature film Delgo.
In 2003, he joined Pixar Animation Studios as a Lighting Technical Director where he worked on the popular films The Incredibles, Cars, Ratatouille and WALL•E.
In 2007, he worked as a freelance artist for such clients as LEGO, Disney, Sony, and Ubisoft.
In 2011, he returned to Pixar where he recently completed work on the film Brave and is currently working on an upcoming project.
1997 Graduate (Digital Media) 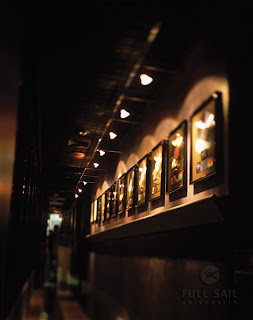 In 2009, the university began the now time-honored tradition that is the Full Sail University Hall of Fame. Its purpose is to recognize those graduates who have made outstanding contributions to the world of entertainment, media, and the arts. This honor serves as a tribute to the creative inspiration, technical brilliance, and determination of each inductee, their unyielding dedication to more than a decade of excellence in their professional career, and their heartfelt commitment to the students, faculty, staff, and graduates of Full Sail University.
“On behalf of the faculty, students, staff and alumni of Full Sail University, it is our great honor to announce the 2012 Hall of Fame induction class,” said Garry Jones, President of Full Sail University. “With each passing year, we are humbled by the talent, humility, and dedication demonstrated by our graduates. Once again, we look forward to hosting this celebration on campus as a source of inspiration for our students and the community at large.”
Additional information including special guests, live performances and a complete schedule for the Hall of Fame celebration week will be announced at a later date.
About Full Sail University:
Full Sail University is an award-winning educational leader for those pursuing careers in the entertainment and media industry. Founded in 1979, Full Sail has been recognized as one of the Top Five Game Degree Programs by Electronic Gaming Monthly, one of the Best Music Programs by Rolling Stone Magazine, and one of the Best Film Programs by UNleashed Magazine. In 2011, Full Sail received the “21st Century Best Practices in Distance Learning Award” from the United States Distance Learning Association, was named the “School/College of the Year” by the Florida Association of Post secondary Schools and Colleges, and was recognized as one of the Top 100 Social Media Colleges by Studentadvisor.com.
Full Sail offers Master, Bachelor, and Associate campus and online degree programs in areas related to animation, art, business, education, graphic design, film, marketing, web development, music, recording arts, sports, and video games. Full Sail graduate credits include work on OSCAR®, Emmy®, GRAMMY®, ADDY®, MTV Video Music Award, and Spike Video Game Award nominated and winning projects.