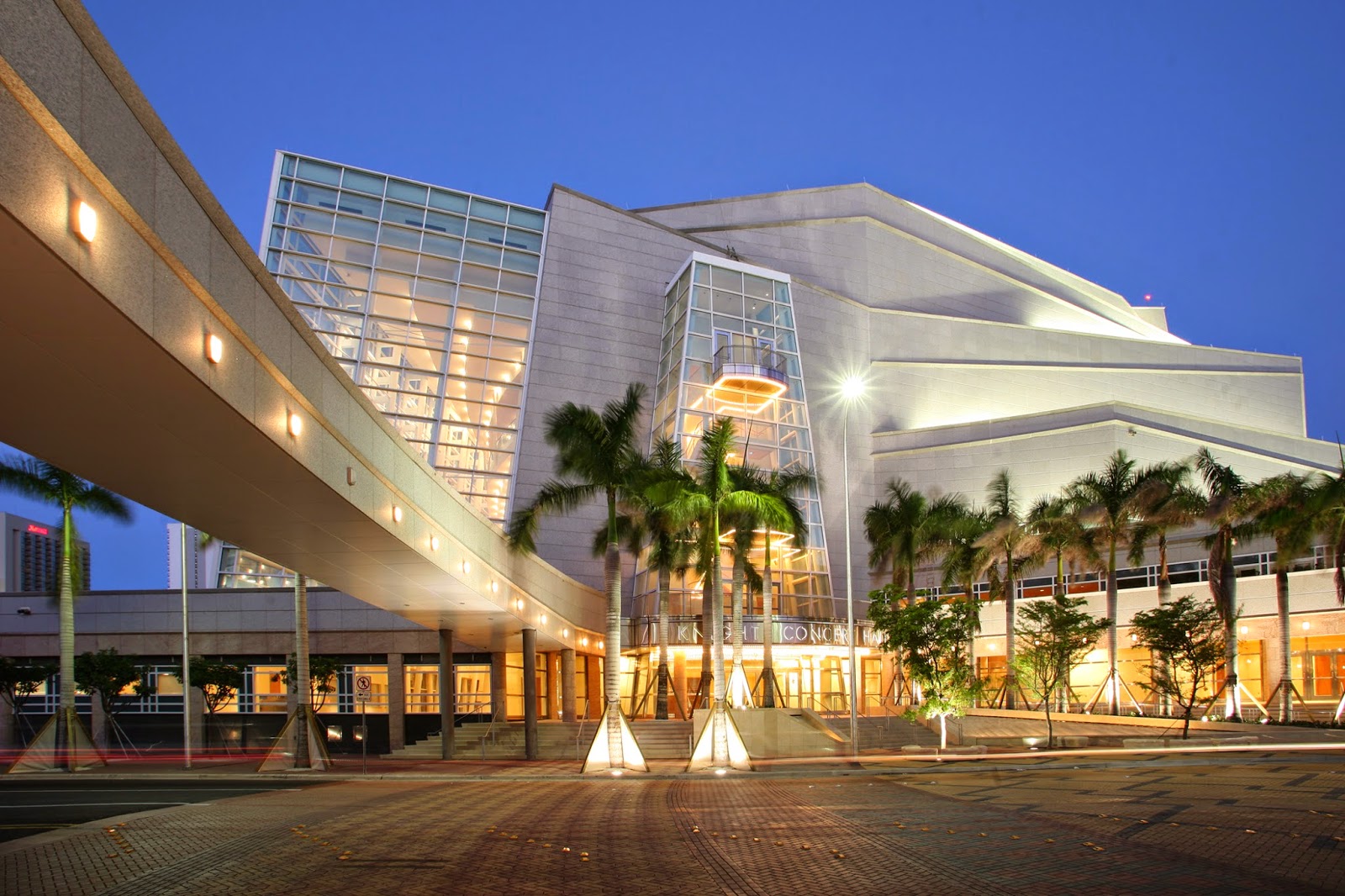 Adrienne Arsht Center for the Performing Arts of Miami-Dade County has been a dream of South Florida patrons, artists, civic and government leaders for the past 20 years. Since the 1980s, the arts and business community, and especially the leaders and supporters of five performing arts companies — Florida Grand Opera, Miami City Ballet and, New World Symphony as well as the Florida Philharmonic and Concert Association of Florida, which are no longer in operation — spearheaded the effort to build a performing arts venue, beautifully designed and equipped with state-of-the-art resources, in which to present performances of the highest artistic quality and widest diversity, where audiences could enjoy an incomparable entertainment experience.

In the mid-80s, the Miami-Dade County Commission began exploring the composition and location for a proposed performing arts center and, after extensive studies, approved a financing plan for the Center in 1990. Miami-Dade County would own the Center complex and oversee its construction. The performing arts organizations that would become the Center’s resident companies formed the Performing Arts Center Foundation in late 1990 which, under the leadership of Board Chairman Sherwood M. Weiser, would lead the campaign to raise the private sector funds committed to this project. The Performing Arts Center Trust, a non-profit corporation governed by a volunteer board, was created in 1991 to manage and operate the Center, including overseeing planning, design, and construction of the Center, together with Miami-Dade County. The project would become the largest public-private partnership ever undertaken by the County.

By mid-1991, a site for the Adrienne Arsht Center was chosen on 5.9 acres of land generously donated by Sears, Roebuck & Co. and Knight Ridder. The future Adrienne Arsht Center for the Performing Arts of Miami-Dade County was to be located along two square blocks flanking historic Biscayne Boulevard between Northeast 13th and 14th Streets, a prime location in the heart of downtown Miami with access to main highways and to public transportation; nearby retail, hotel and educational developments; and direct views to Government Cut and the Port of Miami. Because of its strategic location, monumental presence, and economic impact, the Center was destined to become a catalyst for redevelopment and revitalization of Miami’s downtown and Biscayne corridor. 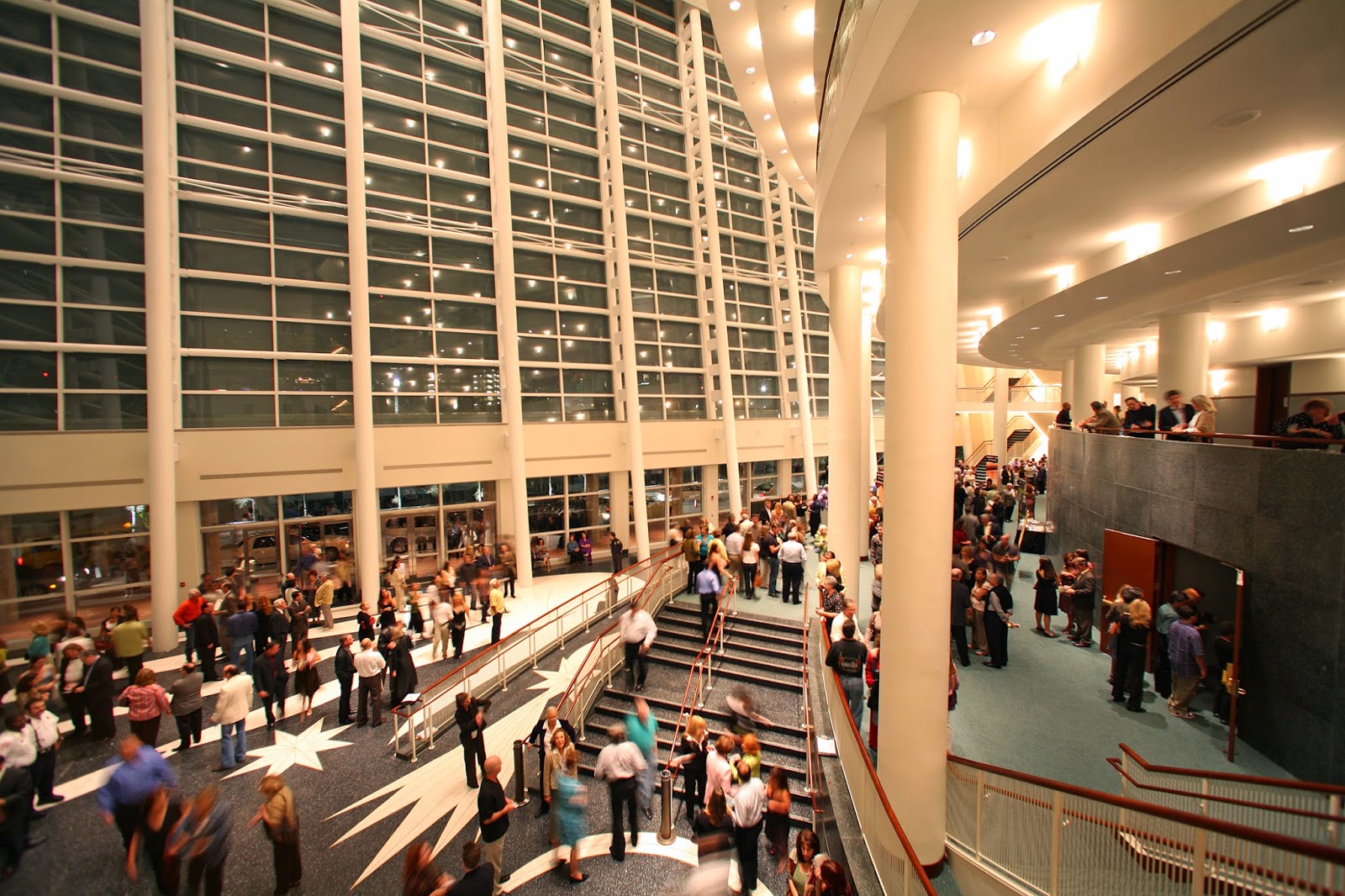 In March 1996, the architectural firm of Pelli Clarke Pelli Architects was chosen to design the Center, along with acoustician Russell Johnson of ARTEC, Inc. and theater planning and design consultant Joshua Dachs of Fisher Dachs Associates, Inc. In October 1997, Miami-Dade Art in Public Places Trust commissioned several site-specific art installations which would complement and enhance the Center’s architecture while delighting the senses. The works include lobby floors and railings by José Bedia, a large-scale glass tile mural by Cundo Bermudez, outdoor water and seating elements by Anna Valentina Murch, a site-specific art installation for the Ziff Ballet Opera House plaza by Gary Moore, and a proscenium curtain and organ scrim designed by Robert Rahway Zakanitch. In addition to these permanent art installations, Miami-Dade Art In Public Places Trust commissioned a documentary video by Konstantia Kontaxis and Ed Talavera focusing on the design development, fabrication and installation of each of the works, which made its debut during Art Basel Miami Beach 2006.

In the late 1990s, the Center received a substantial personal gift from Ted Arison, founder and chairman emeritus of Carnival Corporation. In honor of Arison’s generous $10 million donation, one of the Center’s main theaters was named the Carnival Concert Hall. Dr. Sanford L. Ziff, founder of Sunglass Hut International, also made a substantial contribution of $10 million which was honored with naming rights to the Center’s other main theater, which became the Sanford and Dolores Ziff Ballet Opera House.

Construction began in 2001 – upon approval by the Miami-Dade County Board of Commissioners of the construction contract by Performing Arts Center Builders, a partnership of Odebrecht Construction, Inc., The Haskell Company and Ellis Don Corporation.

On July 19, 2006, the Center celebrated a landmark moment in its fundraising history with the acceptance of two multi-million-dollar gifts from Carnival Corporation & plc and The John S. and James L. Knight Foundation, two organizations whose involvement with the Center dates back to the planning stages. The Center, previously named Miami Performing Arts Center, was renamed Carnival Center for the Performing Arts in honor of a $20 million aggregate gift from Carnival Corporation. Concurrently, the Center’s Concert Hall, previously known as the Carnival Concert Hall, was renamed the John S. and James L. Knight Concert Hall in appreciation of a $10 million gift from the Knight Foundation.

On January 10, 2008, Adrienne Arsht, national business leader, philanthropist, and supporter of the Center since its inception, made a $30 million donation to the Center. The gift was announced by Sherwood (Woody) Weiser, Foundation Chairman Emeritus.  In recognition of the gift, Carnival Center for the Performing Arts was renamed the Adrienne Arsht Center for the Performing Arts of Miami-Dade County. Carnival Corporation graciously agreed to relinquish the naming rights in favor of this new major donation. The Center kept the original Arison family gift of $10 million in return for naming of the Studio Theater, bridge and Art Deco Tower.

In May 2010, the Adrienne Arsht Center launched its ground-breaking Learning Through the Arts program, providing live music, theater, and dance experiences to Miami-Dade County youth -- completely free of charge -- via the public school system’s Passport to Culture initiative.  The inaugural Learning Through the Arts performance was a world premiere rock opera adaptation of Homer’s Odyssey to which 25,000 Miami-Dade Public School students were invited.

The Adrienne Arsht Center also unveiled a unique pre- and post-show amenity.  Prelude by Barton G is a full-service restaurant offering a sophisticated dining adventure right on the Center’s campus.

Additional information about the Adrienne Arsht Center for the Performing Arts of Miami-Dade County is available online at www.arshtcenter.org.