"121 Financial Credit Union presents a free concert at the Jacksonville Landing on June 8, 2013. The show will be headlined by Red Jumpsuit Apparatus and Warner Bros. recording artist New Boyz. The concert will help raise funds for high school band programs and bring awareness to the needs of all music programs. There will be a performance by Chelsea Entertainment Group recording artist GUDGUD". 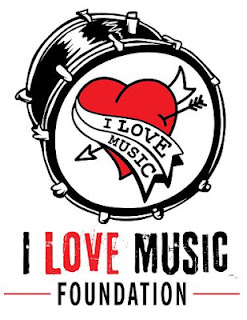 The I Love Music Foundation will host a benefit concert on June 8, 2013 at the Jacksonville Landing. The event will start at 2pm and run until 8pm. The Concert will feature 10 recording artists, a performance by the Teal Sound Alumni Corps and special performances from 5 of our local high school bands. The concert is headlined by recording artist Red Jumpsuit Apparatus and Warner Bros. recording artist New Boyz. Red Jumpsuit Apparatus earned a Gold record with their "Don't you fake it" album, powered by the top 3 Billboard Alt Rock hit "Face Down". New Boyz has earned 3 US Billboard Platinum singles. ("You're a Jerk", "Backseat" and Tie me down ft Ray J".) The concert is presented by 121 Financial Credit Union.

The purpose of an I Love Music Tour event is to promote the importance and benefits of music education. We intend to pass out literature at the concerts showing case studies and facts about the added benefits of music education. Also in between artists we will show videos of Music education in action and testimonials from the students who are a part of high school bands, drum corps and winter guards. Also we will show testimonials from artists, politicians and business leaders who have all benefited from being in a school music program. The artists will also make mention of the importance of music in our schools. We will also have the band directors give testimonials during the concert of their struggles to keep a quality program going in the day and age of the all mighty budget cuts.

There has been a lot of focus on losing sports programs but there hasn't been enough spotlights shined on the need for music programs. The event on June 8th will be a celebration of all music education has to offer and show the great need for music programs. "Although the evidence shows that participation in school music programs supports higher achievement in reading and math, never in my 39 year career have the challenges to developing & maintaining high level public school music programs been greater. Now that we have serious economic challenges all over America, the need for creative ways to raise money to support our music programs is critical to our success. This is one of the newest and most creative ideas I have encountered to meet these challenges" says Frank Williams hall of fame band director.

The concert will be a free concert. High school band students will be selling discount coupons to local and national businesses of all types to raise funds for their bands. The coupon will also enter you into a sweepstakes to win a $500 gas card or two tickets and a limo ride to the Justin Bieber concert August 7. Plus many more great prizes. Coupons for the sweepstakes are $5 and can be purchased from any high school band student or online at www.ilovemusicfoundation.org