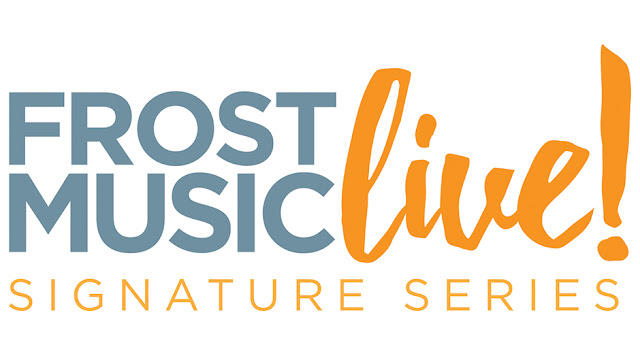 The Frost School of Music at the University of Miami, recently named one of the Top 10 music schools by Billboard magazine, is pleased to present the extraordinary line-up for Frost Music Live, 110 concerts and events in four themes: Frost Classics, Jazz, Pops & Beyond, Frost Faculty Recitals and Frost Lectures. Frost Music Live includes the Signature Series, an unparalleled offering of 24 concerts featuring top GRAMMY®, Emmy® and Tony® award winning and nominated guest artists, collaborating with the esteemed award winning faculty and students of the Frost School of Music.

This season starts with a Signature Series event on September 7th with 5-time Emmy® Award winning composer Jeff Beal performing a stage-to-screen concert of his score for the acclaimed television series Battleground. The Signature Series, which replaced the month-long Festival Miami in 2017, will conclude on April 26, 2019.

In commenting Shelly G. Berg, Dean of the Frost School of Music stated: “I am excited and proud to present Frost Music Live and the second season of the Signature Series. Miami is the “hottest” city with great culture and musical diversity and FML mirrors the magic of this city, with a brilliant array of talent from all walks of the musical hemisphere and creative process, at an affordable price to our community and visitors alike. ”

Frost Music Live and the Signature Series are unrivaled in its scope of musical presentations that expand academic opportunities for Frost students while presenting cultural enrichment to all of South Florida and its visitors  Performances are held in the 600-seat UM Maurice Gusman Concert Hall, 1314 Miller Drive on the Coral Gables campus; unless otherwise noted.  Tickets are now on sale and can be purchased online at www.frostmusiclive.com, by calling 305-284-2400, or via email fmtickets@miami.edu.  General admission and assigned seating begin at $20, seniors at $15. and students at $10. with I.D. required.

A complete schedule can be found via www.frostmusiclive.com

Below are highlights from the “Signature Series”.  The series features Frost major ensembles, chamber music, and faculty recitals, along with exciting guest artists.