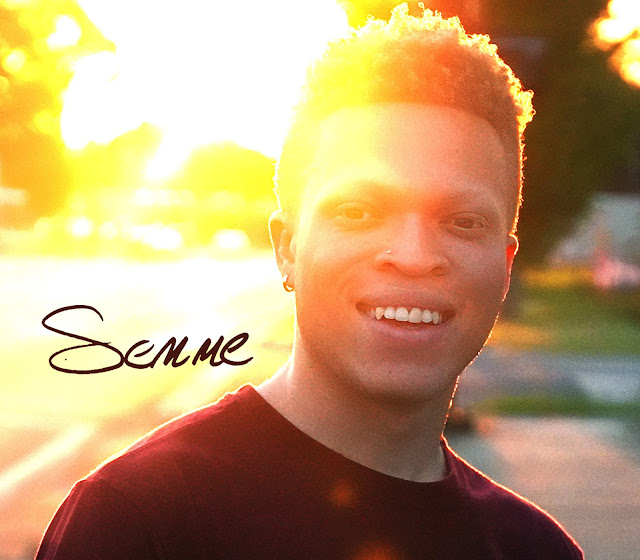 We all have our differences, but for some of us they're more visible. Semmuel "Semme" Preason Jenkins (born Oct. 21, 1998) in Tacoma, Washington, is an American singer, songwriter, rapper, and record producer for Graphic Entertainment Music LLC. Raised in Pensacola, Florida, Semme embarked on his musical career at age 15, after the historical 2014 floods of his hometown. The months after were spent living house to house, and out of hotels as his mother worked to rebuild her and her sons' lives. Semme turned to one of his last surviving possessions, a notebook, to begin writing poetry and songs.
At 16, he sought to have his songs fully realized and began contacting local producers, but struggled to find a studio home. That was until he met with Rodney Goldsmith, and partner Derek Ogden of label Graphic Entertainment Music and recorded "Stay The Course." The duo signed Semme under the stage name "Semme Automatic" as a developmental artist in late 2016.
The following year the team independently released Semme's first EP "Mood Swings" and several corresponding videos that were uploaded to YouTube. "I've met a lot of artists, but none were like Semme. His eagerness to learn, willingness to go the extra mile and unselfishness have made this journey worth it," says Ogden.
After years of congestive heart failure, Goldsmith died of a heart attack in October 2018. The loss was that of a close friend and mentor. His death struck a chord with Semme. He spent the next year burying himself in the studio, learning how to produce beats, play piano and record his own music. Ogden recognized this and made Semme a Co-Owner of Graphic Entertainment Music LLC. Semme then decided to drop the moniker "Semme Automatic" and chose to upload new music under the name "Semme".
Since then, he has become one of the top artists on the independent streaming service, Jamendo.com. Wanting to go beyond music, Semme started laying down the groundwork for projects BORN, and I Support Albinism (ISA), alongside Ogden. ISA aims to cradle the visions of others with albinism and outreach globally to those experiencing human rights violations.
Their recent press release and video below goes out to those who have felt bullying and rejection; something albinism has made Semme familiar with throughout his life. The purpose of Semme's music is to educate, illuminate, and inspire those who face adversity, bullying, and fitting into society.
What is Albism
The term albinism typically refers to oculocutaneous (ok-u-low-ku-TAY-nee-us) albinism (OCA) — a group of inherited disorders where there is little or no production of the pigment melanin. The type and amount of melanin your body produces determines the color of your skin, hair and eyes. Melanin also plays a role in the development of optic nerves, so people with albinism have vision problems.
Indications of albinism are generally clear in an individual’s skin, hair and eye shading, yet some of the time contrasts are slight. Individuals with albinism are additionally touchy with the impacts of the sun, so they’re at expanded danger of creating skin disease.
Although there’s no cure for albinism, people with the disorder can take steps to protect their skin and eyes and maximize their vision.