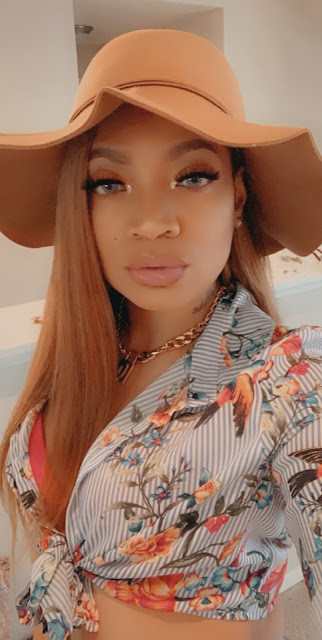 KellieKel is a musical artist with vision, determination, and patience. There is no confinement for this artist to where you if you wanted to try an place her into 1 genre or a box, she will prove you wrong every time. Her goal is to deliver a different flavor to the music scene.

KellieKel launched her music career early, but the most important part is when she realized what her vision was that's when the creation of her recipe started. The revitalizing of KellieKel started in 2014 and it has not stopped. She decided to take a different approach and to make the kind of music her heart feels aside from what the average hit song may sound like today's society. She decided to step out on faith in order to share vision as an artist. Fearless of the rumors of how hard it would be.

The artist is a rapper, but she has crossed over into her rendition of EDM/Techno. Booking tours on her own in Europe, demonstrating she has the recipe. Kelly writes her own music and lives out the true definition of being an artist and lyrical mogul.

To be an entertainer, you must have the ability to capture the attention of your audience. They need the ability to see who you and hear who are you, as they learn more about you, this is why her music is so personalized because it tells a story. You can feel the emotions in her lyrics, and it doesn't take you 60 seconds to decide, she has skills. She grabs your attention visually in one second, but for the next 15 to 30, musically your caught in the moment.

Kellie demonstrated that her ingredients in what she places into her music aren't just good for the radio and digital streaming sites. But, it's also great for the film. KellieKel's future release of her song Mama did just that for Hollywood movie director Marc Cayce. Marc Cayce heard the song and immediately thought about the scene from his movie Flint Tale. The movie Flint Tale is about a story about disgraced former Police Chief Daniel Hartwell of Flint, MI, his cheating wife, Poppy Hartwell, and his two adult daughters, Destiny and Chasity during the aftermath of the Flint water crisis! While the focus is on the water crisis, the movie was filmed in Flint Michigan, and he captured the emotion in a scene where the mood is based on the loss of a loved one.

The movie Flint Tale is about a story about disgraced former Police Chief Daniel Hartwell of Flint, MI, his cheating wife, Poppy Hartwell, and his two adult daughters, Destiny and Chasity during the aftermath of the Flint water crisis!

Kellie's song Mama is was written about her Mom. She wrote the song while grieving and listening to songs you could feel the emotion. Marc Cayce, knew within a few seconds that song would be perfect for the movie in the scene where family members are grieving over the loss of a loved one. KellieKel's decision to step out on faith and execute her recipe for success to share her vision and deliver music based on what her heart is feeling at the time has given her the platform for her music to be heard in film and television. This is a milestone for any independent artist. Kellie's song will be featured on the FlintTale soundtrack scheduled to release on September 7, 2020.