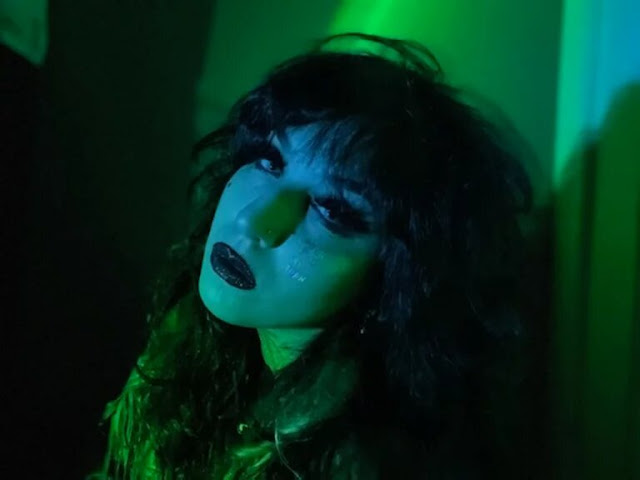 When I was younger my father told me that four years in the life of a young person is much longer than an adult. For instance, our featured artist four years ago was delivering music at the age of 17. Fast forward to today, four years later, and she is 21 years old and has experienced what feels like decades of growth. This is a special moment for me because I normally follow young artists who are featured and I’m always happy to see them develop. Now I have the opportunity to share with all of you how far a young artist has moved toward more success. Please, enjoy the post

Gianna Minichiello a Singer Songwriter from SW Florida released her first single of the year called “When is it my turn”. After a successful year in 2021 her music being streamed in over 150 countries and #1 song “Dearly Loved” hitting over a million streams, she is hopeful to keep the momentum up. Reminiscent of the greats like Janis Joplin, Joan Jett, or Stevie Nicks, Minichiello’s sound is equal parts classic Rock, progressive, with that Pop feeling. And that powerful voice is put on full display with her song “When is it my turn.”

Energetic song with a powerful beat to it, the song takes full advantage of Minichiello’s rasp with aggressive lyrics about being in the shadow, and being overlooked by someone. Written and Produced by Gianna Minichiello, Co-Produced by her younger brother Giulian Minichiello, includes Industry big hitters such as Kent Slucher, drummer from Luke Bryan band. “When is it my turn” is my first song that I Produced with my brother, at only 16 years of age to pull off such an amazing production on the song I was truly impressed said Gianna.

This song is about feeling like you are this novelty item in the display window that no one buys, this beautiful item that everyone can't help but notice and admire but no one goes out of their way to purchase it. It rests on their minds and eventually moves down the line as new thoughts come in, but somehow it gets stuck. In the back of their minds where I stand unknowingly till I see them stare.

This song is about being sick of waiting around for something to happen, angry about how you swore off being the first one to approach and realized nothing is happening now that you aren't the first one, Said Gianna.

This song is my angry song. I'm tired of making myself feel creepy because of how I dress or how I act and I'm angry that I pressured myself into feeling like that. Let this be the song that pulls you out of your head. That brings your power back. This is my angry song and I welcome all of you in to share in this feeling. I decided to release this song on Valentine's Day because if you're alone on this day, feeling upset, etc, here's a song to make you realize someone was too scared to ask you out. Someone's got you in the back of their mind and they're doing everything they can to stop thinking about you.

Pre release its on the 10th if you wanna amp yourself up for Valentine's!

A growing wave of fans have followed her over the past six years, when she got her start by posting covers on YouTube. Attracting the attention of industry insiders, she has had the opportunity to work with Top Producers and Musicians in the Industry. Gianna is in the works of releasing an EP next. Set to release in next few months.

Gianna Minichiello of Naples, Florida Teams Up with Award-Winning Producer