ART, MUSIC, AND FILMS OF THE CARIBBEAN AND THE AMERICAS TAKE CENTER STAGE IN DOWNTOWN FT. LAUDERDALE AT CARIBE ARTS FEST 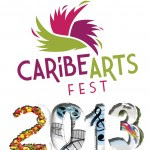 Positioned as a destination event, this dynamic 4 day celebration will consist of industry professionals facilitating educational workshops; international artists, such as Haitian artist Eduoard Duval Carrie and Dillard High school celebrating their 10 year anniversary of "The Indigo Room - The Revival"; and Caribbean filmmakers, such as Dalton Narine from Trinidad screening his Carnival documentary, "Mas Man". These scheduled events will be held at NSU's Museum of Art Fort Lauderdale.

Musical performances, art exhibit stations, tasty cultural cuisines and a kid's art zone will be available on Saturday, October 19 at the Esplanade Park, Downtown Fort Lauderdale. In addition to the talents of local musicians and drummers, the park event will have the melodious sounds of Afro Cuban funk from internationally acclaimed band, The Spam Allstars and conscious reggae from Jamaican band, Rootz Underground.

(all venues are in close proximity)

Detailed times and schedules are available on www.CaribeArtsFest.com

In collaboration with Broward Cultural Division, a series of educational workshops will be offered to artists looking to jump start their creativity and entrepreneurial prospects. These events and keynotes target artists, businesspersons and those craving more knowledge. Guest presenters, Nancy Hytone Leb is an advocate for the arts and author who will discuss "Developing a Marketing Plan For the Independent Artist". Attorney, artist and advocate, Sergio Munoz Sarmiento will present "Business Formation for Artists: How to Start an Arts Nonprofit Business, and Creating Your For-Profit Artist Business."

For the indie film buff, Caribe Arts Fest has collaborated with the Trinidad and Tobago Film Festival to screen independent films including Trinidadian filmmaker, Dalton Narine with his film "Mas Man" that looks at the creative journey. Dalton Narine is the executive producer and producer/director is an award-winning journalist and documentary filmmaker. He has focused on Trinidadian art and cultural traditions in the 14 documentaries he has produced, directed and written in a span of twenty-five years.

One of the highlights of the festivities is the proud celebrations of "The Indigo Room - Revival" - A Decade of Living Art curated by Haitian artist, Edouard Duval-Carrie. In collaboration with Dillard Center for the Arts, it signifies the artist's continued connection to the island of his birth. Knowledgeable about Vodou since childhood, Duval-Carrie incorporates the religion's theatrical sacred personages as players in his visual dramas of upheaval and transcendence. Additionally, migration of Haitian immigrants, with consequences for the country they left behind, is a persistent theme.

The eclectic sounds of latin, funk, hip hop and dub create what they call an electronic descarga will fill the air with performances by one of South Florida's finest fusion bands, Spam Allstars. In efforts to showcase the outstanding talent within the community other performers include reggae fusion by Jamaican reggae band, Rootz Underground, rising star, Ichechi and much more. Both artists are known for their community involvement through their charities the Rootz Releaf Tree Planning program and Urban Youth Green Farmers, respectfully.

Organized by the American Art Initiative (AAI), this South Florida based organization is focused on creating avenues for artists to share their mediums while developing personal and business sustainability and viability. They do not believe in or support the "starving artist" cliche and as such work to promote arts and culture, empower artists, highlight artistic expression while advocating for and supporting entrepreneurship and economies of scale. As such, we use the term "artrepreneurship" which mean the development of business skills to continue creative expression. We are a resource for artists and art aficionados; bridging business with creativity of all mediums.