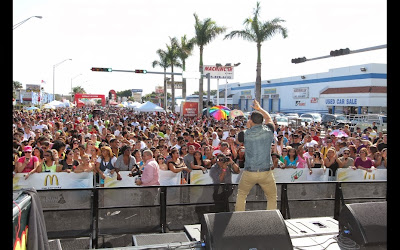 "By celebrating the beginning of a second decade and sharing the Latin GRAMMY experience with our Latin music fans, we are excited to continue presenting a day-long festival filled with a diversity of incredible artists and their amazing music," said Gabriel Abaroa Jr., President/CEO of The Latin Recording Academy. "Having Eventus as our production partner, allows this annual event to continue evolving and growing, all the while bringing spectacular talent to major Hispanic markets in the Unites States."

Year after year, this free high-energy music fest paves the way to the annual Latin GRAMMY Awards, the most prestigious award in Latin music, and brings its excitement to fans across the country. The awards show telecast will be broadcast live from Mandalay Bay Events Center in Las Vegas, on Thursday, Nov. 21 from 8 – 11 p.m. ET/PT (7 p.m. Central) on the Univision network.

"After eleven years of bringing the hottest music acts close to an eager audience, engaging with the consumer is key to the success and growth of the series year after year. Working closely with sponsors that care deeply about our community has been vital to our success," said Nelson Albareda, President and CEO of Eventus. "We are more committed than ever to igniting Latin GRAMMY fever across the country in the next two months."

The Latin GRAMMY Street Parties offer an interactive traveling musical festival for Hispanics, which includes live entertainment, sponsor display areas, and product sampling. The series features performances by some of Latin music's greatest established artists, while serving as a launching pad for emerging talent representing various genres, including reggaeton, regional Mexican, pop, rock en espanol, and tropical, among others. This year's lineup is sure to be a memorable one as the Latin GRAMMY Street Parties have brought together the brightest talent in Latin music and are taking them face-to-face to their admirers in this, the largest free festival music series in the country.

The 2013 Latin GRAMMY Street Parties are presented by McDonald's®, 7UP® and Walmart®.  Its official sponsors, Kellogg's® and Lowe's®, will be on board in select markets. 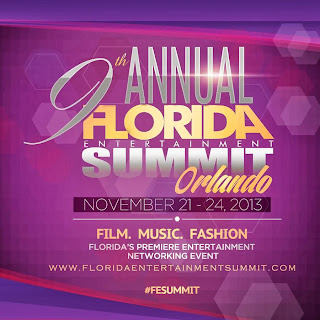