Women In Song At The Plaza Live Featuring Sara Watkins 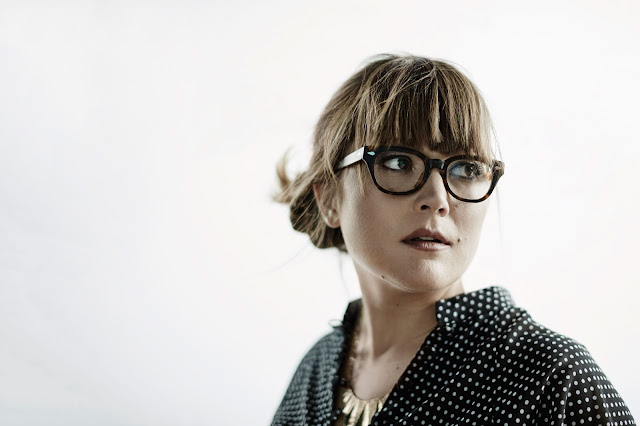 The Orlando Philharmonic Orchestra announced a new series last fall called “Women In Song” at The Plaza Live. The second concert in this series features folk singer-songwriter Sara Watkins on Wednesday, February 1, 2017 at The Plaza Live at 425 N. Bumby Ave., Orlando. The concert begins at 8 p.m.

“From operatic to indie rock to folk and pop, these concerts feature some of the greatest talents of today performing works of their own and covers of others amazing artists,” said Eric Jacobsen, Orlando Philharmonic music director.

The concert with Sara Watkins takes place at The Plaza Live and features songs from Watkins’ latest album, Young in All the Wrong Ways. “This is a breakup album with myself…” says Sara Watkins of her third solo record. Writing and recording these ten intensely soul-baring songs was a means for her to process and mark the last couple years, which have been transformative. “I looked around and realized that in many ways I wasn’t who or where I wanted to be. It’s been a process of letting go and leaving behind patterns and relationships, and in some cases, how I’ve considered myself. What these songs are documenting is the turmoil you feel when you know something has to change and you’re grappling with what that means. It means you’re losing something and moving forward into the unknown.”

A string quartet from the Orlando Philharmonic Orchestra will perform on five songs with Watkins. Tickets to the Feb. 1 concert are $22 in advance and $27 at the door. For more information, please visit www.OrlandoPhil.org.

That sense of possibility infuses the songs on Young in All the Wrong Ways with a fierce and flinty resolve, which makes this her most powerful and revealing album to date. In some ways it’s a vivid distillation of the omnivorous folk-pop-bluegrass-indie-everything-else Watkins made with Nickel Creek, yet she makes audacious jumps that push against expectations in unexpected ways. These songs contain some of the heaviest moments of her career, with eruptions of thrumming B3 organ and jagged electric guitar. But it’s also quiet, vulnerable, and tenderhearted. In other words, bold in all the right ways.

To say these are personal lyrics might be an understatement. They’re beyond personal, whether she’s confessing some long-held regret or gently consoling a friend. Young in All the Wrong Ways ends with “Tenderhearted,” a quietly assured song that Watkins wrote about a few of her heroes: women like her Grandmother Nordstrom who have weathered hard times with grace and have provided Watkins with examples of how to live her life. “They’re women who have endured so much yet emerged with love, strength and kindness. I remember someone saying, It’s so sad how much she’s had to go through. And I remember thinking, that’s why she’s such an incredible person. She faced all those trials and came out the other side.”

Watkins would never be so bold as to count herself in their company; instead, she aspires to follow their example. But Young in All the Wrong Ways does reveal an artist who has managed to transform her own turmoil into music that is beautiful and deeply moving: “God bless the tenderhearted,” she sings, “who let life overflow.”