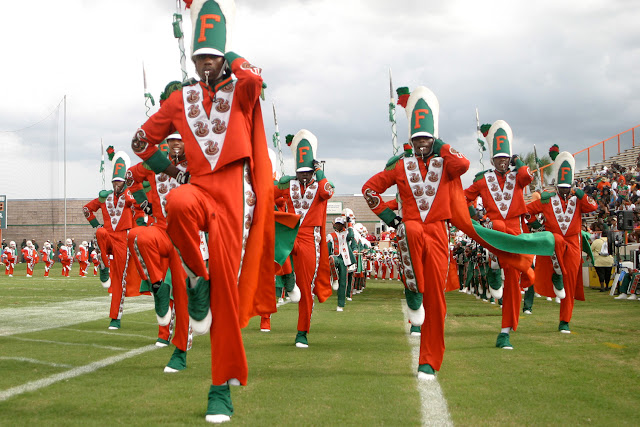 When you have built an institution that has lasted well past 100 years, it is very hard for it to go away without a fight. Many HBCU’s (Historically Black Colleges and Universities) around the country remain in place, while struggling economically, because many see the importance of their existence. In the city of Tallahassee, Florida lies one of the most storied of the HBCU’s, Florida A&M University.


Like many colleges and universities that have been around many years, FAMU has a music program with long running history as well. My father, a jazz musician, was raised in South Florida and was well aware even as a high school musician of the music program and musicians who attended Florida A&M University. He told me so much about the university that as I was approaching graduation from high school in Chicago, Illinois, I applied to attend FAMU. I was accepted but later decided upon another school. However, that did not change the facts about the musical history of Florida A&M University’s Marching Band and overall music program.

After many years of successfully performing and band building, a scandal surfaced. Drum major Robert Champion collapsed and died Nov. 19, 2011 on a bus parked outside an Orlando, Fla., hotel after a football game. The death was ruled a homicide and Champion's torso was covered with bruises that were inflicted during a brutal hazing ritual that contributed to his death, according to investigators. The band, known for performing at events including the Super Bowl and presidential inaugurations, was suspended shortly after Champion's death. The incident also contributed to the resignation of the university's president and retirement of the band director.

Florida A&M University lifted the suspension of its famed marching band about a year and a half after the hazing death of drum major Robert Champion. 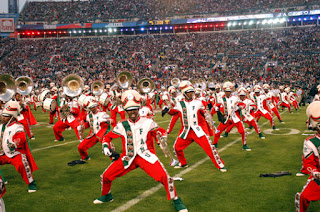 Now, after four years of rebuilding this great program, the Florida Agricultural and Mechanical University (FAMU) world-renowned Marching “100” is headed to the prestigious Tournament of Roses Parade in 2019. The University’s band has received an invitation to participate in this Rose Bowl-connected event in Pasadena, California. This marks FAMU’s first appearance in the parade.

“Congratulations to Band Director Dr. Shelby Chipman, our dedicated music department faculty and staff, and, of course, our outstanding student musicians. With the support of the entire FAMU family and friends around the nation, we will mark the Tournament of Roses Parade as another chapter in the storied histories of FAMU and the Marching ‘100,’” said FAMU’s Interim President Larry Robinson, Ph.D.

Chipman added, “Our students continue to be recognized for excellence, hard work and their dedication to being the best in musicianship, performance, and academics. We look forward to this exciting opportunity and putting on an unforgettable show.”

The band has already started its fundraising efforts to finance the trip. Supporters can contribute by contacting the FAMU Foundation Office at850-412-5755 or Dr. Shelby Chipman at 850-599-3024.

FAMU's marching band has been credited for not less than 30 innovative techniques which have become standard operating procedures for many high school and collegiate marching band programs throughout the nation. Penchant for precision demonstrated in every aspect of its performance is a key to the success of the "100."

Ranking high among the many proud traditions of Florida A&M University is the highly acclaimed Marching "100" Band. The first band at this institution, formerly named A&M College, was organized in 1892 under the tutelage of P.A. Van Weller. From a meager store of 16 instruments, the Marching "100" has grown to over 420 members. This organization has been polished and refined to perfection for the past 104 years under the guidance of its directors:

Band Motto
Qualities to live by to guide our thoughts and to rule our actions/lives:

The Florida A&M University Bands, a role model of excellence.