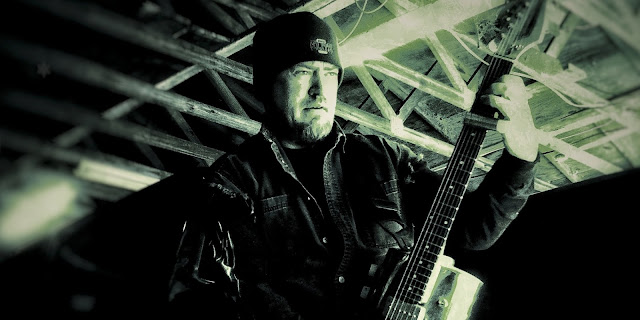 
Swamp Stomp, is the latest release the man dubbed "the king of swamp stomp"; a style he says came from years of playing both the Florida swamp rock scene, and the Mississippi hill-country sound he picked up during his time as one of the host bands at actor, Morgan Freeman's venue, Ground Zero Blues Club, in Clarksdale, MS. The album features 10 digitally remastered tracks from tracks from Iron Mikes three previously released alums, as well as three unreleased tracks: Mamie, a long time staple of Iron Mike's live performances. Dead Man's Stomp, a song about Florida's infamous death row, and Rainmaker, a tribute to Iron Mike's mentor, slide guitar legend Sonny Landreth.

About Iron Mike Norton:
The king of swamp stomp, blues recording artist and producer Iron Mike Norton is described by peers and critics as one of the most innovative and creative artists in the genre. Iron Mike combines elements of modern styles like hip hop, rock and techno with traditional hill country slide guitar blues. The result is a sound truly unique to Iron Mike alone. Based out of the swamps of Florida, Iron Mike has performed for audiences in both the USA and abroad. His ability to cross over into other formats has garnered him the opportunity to work with top artists from not only blues, but artists such as Willie Nelson, Rob Zombie, and his mentor, Sonny Landreth. 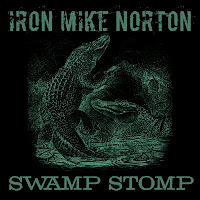 Although he hails from Florida, many fans knew Iron Mike as one of the host acts at Morgan Freeman's, Ground Zero Blues Club. Mike regularly performed there and at the Juke Joint Festival, both in Clarksdale, Mississippi. The time Iron Mike spent in Clarksdale is credited as a major influence on his "swamp stomp' style.

A multi-instrumentalist, Iron Mike is known by most as a slide guitarist. He is the protege of legendary slide guitar virtuoso, Sonny Landreth. The two became friends in 1997, with Sonny being a constant source of advice and support throughout Iron Mike's career, and performing multiple shows together over the years.

Iron Mike is no one trick pony, though. He is a talented songwriter as well, writing nearly everything he has ever released, and having his songs used in both commercials and film. He has toured the US every year since 2012, playing with acts ranging from Eric Sardinas to The Outlaws, and in 2013 he headlined the Greatest Slide Show On Earth Tour. Iron Mike toured Canada in 2014 and 2015 and was the main subject of the Documentary film, Devil In My Kitchen, that profiled several blues artists, most of whom were regular performers at Ground Zero Blues Club.