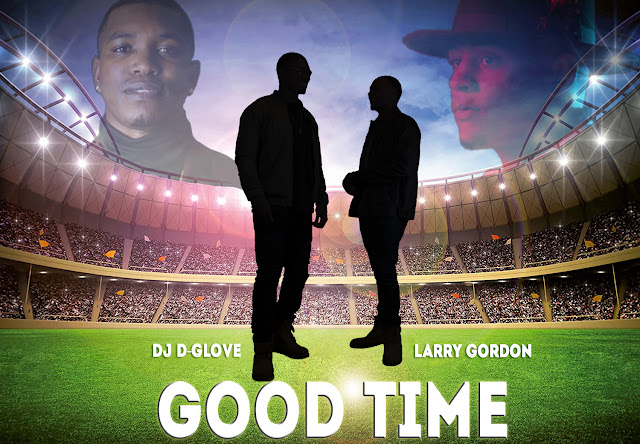 HBCU Records, the student-run record label at Bethune-Cookman University (B-CU), has a milestone to celebrate this week: the first B-CU student developed by HBCU Records as a recording artist, Daniel (DJ DGlove) Glover, is releasing his first single, “Good Time,” featuring Curb Records artist Larry Gordon on vocals. The single was recorded at the Midtown Recording Studios, owned by the City of Daytona Beach, and mixed and mastered by Mystro, the studio’s engineer.

Glover’s path to graduation is an inspiring reflection of commitment and courage. After high school, he enrolled at B-CU, but left a year later to join the United States Army when answering the call to serve his country. While stationed in Afghanistan, Glover was injured by an explosion from an IED while on patrol. After recovering from his injuries, he returned to B-CU in 2016 to fulfill his lifelong dream of graduating from the university. Those dreams were realized when he graduated in May 2018 from B-CU with a degree in Liberal Studies. Growing up in Jacksonville, DGlove learned the art of
the deejay by watching his father and grandfather, who were also deejays. He credits them with teaching him how to create beats, appreciate all types of music and move the crowd with his own unique style. DGlove has rocked the mic for many multi-platinum artists, including French Montana, Ariana Grande and K Camp.

Larry Gordon, a native of Dallas, TX, has been singing and performing since the age of 4. Coaxed onstage at 4 years old by H.S.H. Prince Albert of Monaco during a performance by his family’s band, Larry has continued his family tradition of providing great entertainment to all ages. After playing football and basketball in high school, Larry shifted his focus from sports to music. Timing was optimum for him. While attending Baylor University, he was discovered by Mike Curb, legendary founder and owner of Curb Records, who signed Larry to a Singer-Songwriter deal at Curb Music Publishing in Nashville, TN. Larry possesses a Bachelor of Arts degree and continues to perform nationally and abroad (opening for such acts as Akon, Flo Rida, etc.). He has also had success as a songwriter landing songs in such TV shows as Love & Hip Hop (LA and Atlanta) and in films (Johnny Depp’s Yoga Hosers and Hoovey). Larry is often compared to the likes of Bruno Mars and Justin Timberlake because of his high energy, dance moves, and stage charisma. He also plays the drums and has his own recording studio where he writes and produces tracks for other artists.

The single Good Time will be marketed and promoted by HBCU Records and distributed by Curb/Word Entertainment, home to artists (past and present) such as Tim McGraw, Leann Rhimes, Lee Brice, etc. The release of the single, “Good Time,” brings the mission of Bethune-Cookman University full circle, by providing an unprecedented opportunity for B-CU students to pursue their degrees while taking what they learn in the classroom and applying it directly, in real time, to a project that includes artist development, recording, production, marketing and promotion,” said Dr. Pam Browne, Executive Director of the Mike Curb Music Business, Entertainment & Sports Institute at B-CU which launched HBCU Records in 2016. Curb Records signed DJ DGlove to an artist development deal in 2016 and he elected to remain at B-CU to finish his degree, with encouragement from Curb Records and the University. Larry Gordon will release his debut EP on Curb Records later this year and both artists plan to tour in support of the release of Good Time. The single is available on iTunes with other streaming and digital sites to follow. The music video for Good Time will follow.

About the Curb Institute

Launched in January 2015, the Mike Curb Music Business, Entertainment & Sports Institute (Curb Institute), at Bethune -Cookman University (B-CU), is named for Mike Curb, founder and chairman of Curb Records, Curb Motorsports and former Acting Governor of California. B-CU is a member of the Curb Creative Connection (CCC) founded by Mike Curb and the Curb Family Foundation to support academic programs concentrating in music, entertainment and sports. Other members of the CCC include, but are not limited to, California State University, Rhodes College, Daytona State College, Fisk University, Vanderbilt University and the University of Hawaii.