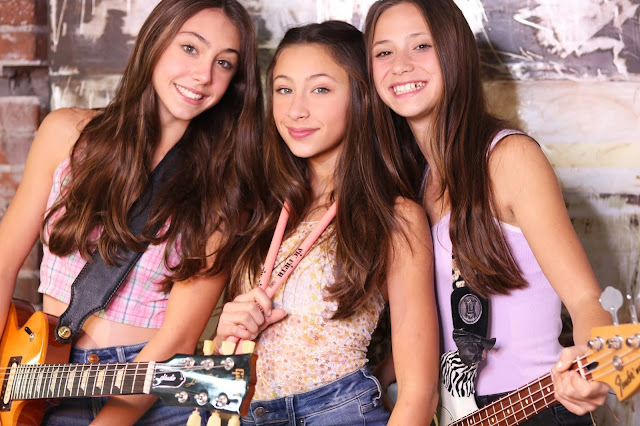 Multi-talented teenage pop rock n' roll band Hello Sister is a dynamic trio of sisters from Orlando, Florida who unleashied their "Wave Of LOVE" just in time for Valentine's Day. This fresh and new energetic pop anthem exclusively premiered by Guitar Girl Magazine, where fans can get a first listen now at GuitarGirlMag.com. The song officially dropped on all major digital music and streaming platforms beginning on Friday, Feb. 12 and can be pre-saved at cmg.ffm.to/waveoflove.

"We are so excited to release our new original song 'Wave of LOVE'," said Grace Mason! "This song is about faith and love and always trying to be positive."

The song was actually written more than 20 years ago by Tim Mason, Hello Sister's father and accomplished songwriter who has been instrumental in the Hello Sisters' development as songwriters and dynamic live performers.

"We are so proud to have been able to remake and sing this song that was written by our Dad many years ago," said Hello Sister's drummer, Scarlett Mason.

Girls' Life Magazine will also exclusively premiere the song's equally spirited and uplifting video, which debuted Friday, Feb. 12 at GirlsLife.com, and on Hello Sister's YouTube Channel. Shot in Hello Sister's hometown of Orlando by Josh Kappers, the video visually brings the song's message to life, with Hello Sister's charismatic nature on full display as they rock out their positive vibes into their fans' lives.

"Right now the world is hurting and we wanted to bring a 'wave of LOVE' to everyone who may be struggling," added Gabriella Mason. "With our lyrics 'one smile can change everything' and 'let's ride this wave of love' we wanted to spread lots of happiness and fun! What's your #WaveofLOVE?" 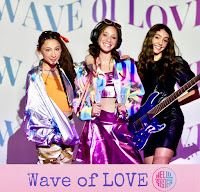