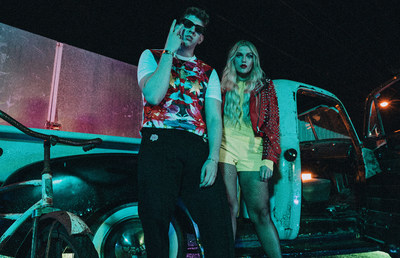 There's an angelic and sultry voice about to seduce music lovers into feeling a bit delirious after hearing it and it belongs to blonde-haired beauty, Samantka.

The Chicago native is releasing her hot new single and naming it after the City she now calls home, "Miami." Teaming up with fellow Floridian-based rapper, songwriter, and producer Andrez Babbii, the dynamic duo's reggaetón infused single lays the fresh and sultry voice of Samantka to rhythmic beats promising to drive many on their feet.

Samantka's freshman album features an array of sounds, as the singer doesn't favor just one particular genre of music. Her eclectic ear embraces an array of musical styles such as Classical Music, Foreign specifically Russian, German, and Latin, Hip-Hop, Indie, Grime, and Contemporary. She also acknowledges her talent for singing is a gift she discovered at an early age. According to Samantka, "Ever since I was a child, reading, writing, and music were my passions and once I was old enough to choose my path in life, I chose music." Most of the songs on her freshman album for East and West Entertainment are from the singer's past personal experiences and that of those close to her.

Samantka's collaboration with Platinum recording artist Andrez Babbii can best be defined as paying it forward. The Ecuadorian-born, Miami raised Babbii first hit the music scene in 2018 when he joined forces with late rapper XXXTentación. Their first single spent seven weeks on the charts and secured over 300 million streams worldwide. Since then, Babbii has continued to release singles and freestyles amassing over 2 million views on his Youtube Channel and 2.5 million streams across all platforms. 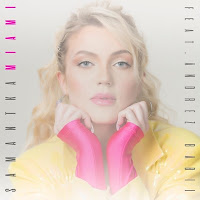 Also putting his musical talents on the single Miami is the highly influential producer and writer, Fresh Kid Cue who was nominated for a Latin Grammy.

The eldest of three siblings, 20-year old Samantka is setting the bar high. Her drive is evident not only in the pursuit of her dreams but also in her educational pursuits as she simultaneously studies Law and Psychology in college.

"MIAMI" IS NOW ON ALL DIGITAL PLATFORMSONERPR