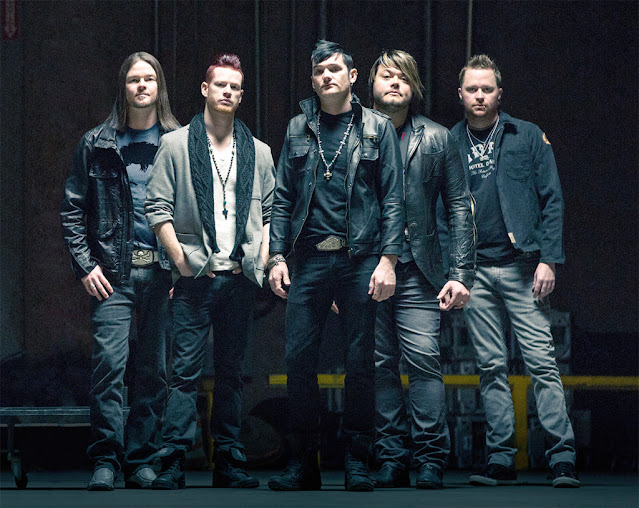 October 16th, Hinder and Hoobastank will hit the beach for a musical performance at the Daytona Beach Ocean Center. The event, planned as a kickoff to a series of events in 2021, 2022 and beyond, will feature local, regional and national talent, vendors, activations and community partnerships. This event is designed to help bring back year-long tourism, attract families and encourage local businesses to support large-scale entertainment. Hinder, the Oklahoma City-based band is celebrating its 15th anniversary, while Hoobastank is celebrating its 20th anniversary of their self titled album.

"We're excited to bring the first major music event back to this famous venue. Showcasing Hinder and Hoobastank will be the largest concert event at Daytona Beach Ocean Center in almost 17 years. We are confident that bringing back major entertainment will, once again, turn the Ocean Center into the thriving venue it has always been, and will support the community and restore the glory of one of Florida's great music capitals," Nick Bucceri

The partnership of Reveal Live! Entertainment and Daytona Beach Productions will strive to bring a mix of music, media and entertainment to an already thriving Florida market offering a great combination of music, entertainment, food and shops.

The creation of Daytona Beach Productions was inspired by Daytona's long history of music that started with the country's largest spring breaks, leading to the residency of world famous MTV, making Daytona one of the largest live music destinations in Florida. After the loss of MTV, music has all but disappeared in Daytona, but its roots are still strong. With the yearly nationally recognized Biketoberfest and Bike Week, along with record years for Spring Breakers, it's time for music to return to Daytona with the goal of not only packed summers in Daytona, but winters as well.