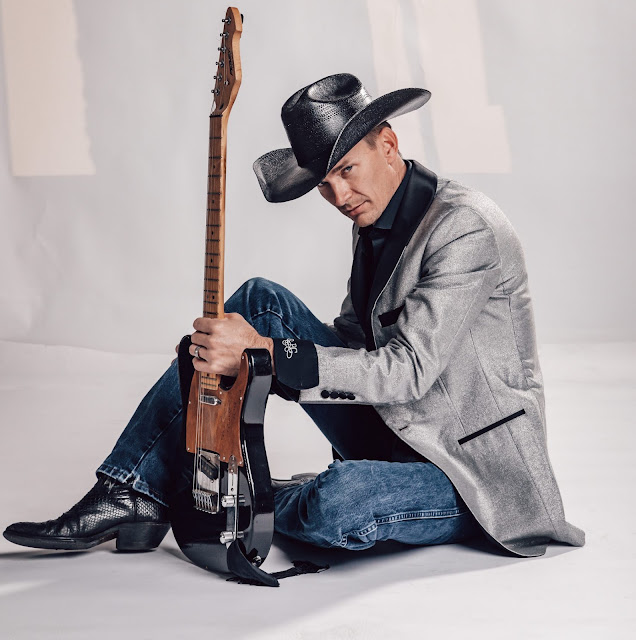 Country music standout Patrick Gibson’s new acoustic video for his popular song “Daddy’s Little Girl” is available now and premiered by Cowboys & Indians just in time for Father’s Day! A perfect combination of heartfelt emotions from the past and looking towards the future, Gibson encompasses the true connection of a father and daughter, proving that no matter how much time, distance, or any other obstacle, nothing can break this bond. “Daddy’s Little Girl” is available to stream and download on all digital platforms now!

“I am the father of three, two boys and a girl,” shares Gibson. “We thought after our two boys were born, that we were done. My life sure changed when we found out we were expecting a little girl. Little girls change everything! They melt your heart like nothing else in the world. I had written “Daddy’s Little Girl” for my father-in-law when my wife Rebecca and I were getting married. Now that I have a little girl, it puts it all into perspective even more.”

Gibson’s current single “The American Prayer” has become a fan favorite at every concert and at radio stations across the country. This single stands firm to back the blue and show gratitude for the men and women that put their lives on the line daily for our safety. Gibson symbolizes the power of prayer and urges the American people to recognize their blessings. One country, under God…with liberty and justice for all; Gibson pledges allegiance with “The American Prayer” to show that without the selflessness of those who risk their lives, our country would not be what it is today. The music video for “The American Prayer” was recently featured and premiered by Newsmax and CMCHatLive.com.

“As a singer-songwriter, I’ve always searched for truth and realism in my work and when I completed this song, I took it into the studio with my producer and that’s when it became apparent to me that the subject of this composition was very important, and that I needed to find a way to share the message of the song with the world. The lyrics take you into the lives of the families and how it goes beyond just the human that is serving, but how it affects the entire home life and daily routine,” shares Gibson.

For more information and to stay up to date on everything Patrick Gibson, visit his website and social channels linked below.

About Patrick Gibson:Making music is a stronghold for Florida Native, Patrick Gibson. Writing songs and performing since the age of 12, this guy has found his platform for sharing a message. In his later days, he shared concert stages with award-winning artists such as Rhett Akins, Rodney Atkins, Lee Brice, John Michael Montgomery, John Anderson, Trent Tomlinson, Jeff Bates, Trent Willman, Ray Scott, Michael Ray, Colt Ford, Easton Corbin, Bellamy Brothers, Chris Cagle, Ronnie Milsap, Little Texas, Restless Heart, Sawyer Brown and others. His music is recognized around the country has led to a partnership with Nine North Records Nashville in support of his latest radio release “The American Prayer”. With great songs, a solid performance, and a heart for country music, a show from this entertainer is one you won’t want to miss!